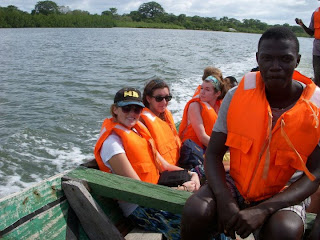 This is a picture of us on the boat traveling to Kunta Kinteh Island from Berefet! 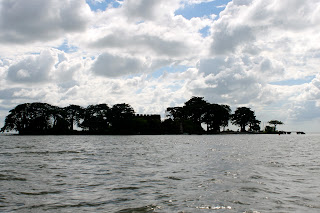 This is the view of Kunta Kinteh Island (previously known as James Island) from the boat. It's a very small island where slaves were kept before they were shipped off to the Americas. It became famous through Alex Haley's book Roots. It is said that his ancestor, Kunta Kinteh, was kept here before being shipped off to a port in Annapolis, Maryland, USA then sold to a plantation owner from Virginia. This is why it was renamed Kunta Kinteh Island. Roots is also a popular television mini series if you are interested in watching the series or reading the book to find out more about this. 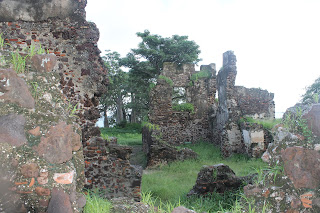 This is part of what is left of the fortifications on the island. After it was used for the slave trade the fort was used as a court house where laws regarding the abolition of slavery were put forth. 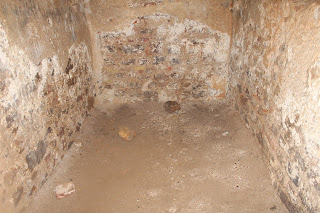 This is a small room where slaves who misbehaved would be kept. They'd fit 20 men in this room and give them enough food for only a couple. It was not a pleasant place to be kept. If you'd like more information on Kunta Kinteh Island here is a link to some information provided by UNESCO. The island is very small, but it was a very powerful spot and holds a lot of powerful history. 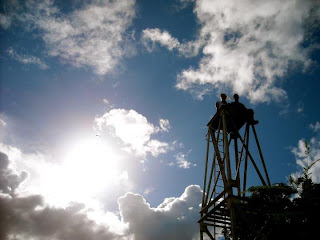 My friend Sam and I climbed to the top of this tower where there was a beautiful view of the whole island. 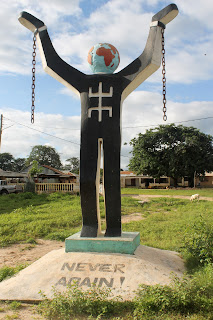 This is one of the first things you see when arriving at Juffure. It is only a few minutes boat ride form Kunta Kinteh Island. It is the town on the mainland where Kunta Kinteh is said to be born. This is an amazing statue erected to signify that slavery shall never happen again. 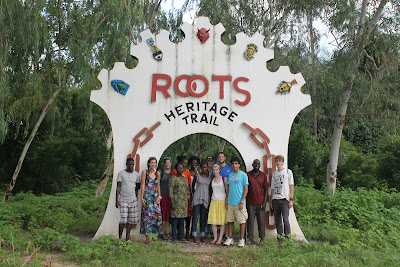 This is the group outside the Roots Heritage Trail. This is said to be the last trail that slaves walked on Juffure before being taken to Kunta Kinteh Island and then the Americas. It was a long walk past rice fields and river. 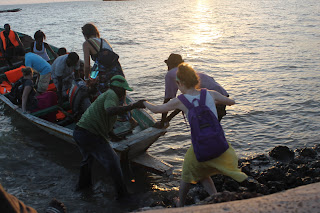 Getting back on the boat was an adventure... 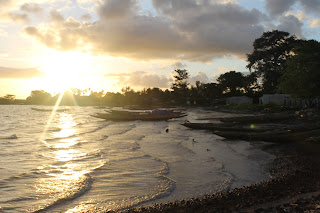 ...but there was a beautiful sunset over the River Gambia upon our departure. The sunset boat ride was amazing, but we all knew it was imminent that we would eventually be boating in the pitch black. There were no lights on the boat, no civilization for miles and they did not have any navigation tools. I was nervous to say the least, but knew what was coming and tried not to think too hard about it. When the stars starting coming out it was absolutely beautiful. At first there were only a few, but then all of a sudden there were thousands. I couldn't spot a moon anywhere (making it even darker) but for the first time ever I saw the milky way. We were all in awe. It had been a frustrating weekend with not much to do and the boat ride had to be pushed back hour after hour. But this made it all worth it.