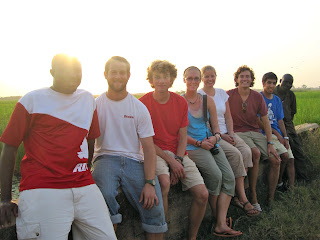 The weekend of November 16th we we took our final trip up country! This is the group that went, minus Kyle because she is taking the picture then we traded her for some delicious watermelons (kidding, kinda). 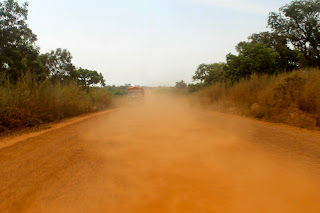 We were told it could take anywhere from four hours to eight hours to get to our final destination of the island Janjanbureh. Part of our trip was on this kind of dirt road with a lot of holes, it was a bumpy ride! We stopped at Tendaba for some lunch which (as always) was amazing. 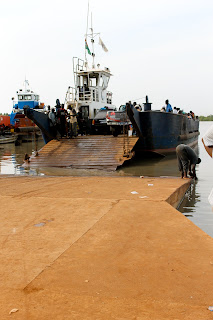 We had to cross a ferry unfortunately... This is the ferry in Ferefini which is the ferry we took coming to The Gambia on that lovely 16 hour ride from the Dakar airport. They fit as many cars as they can and people on to that little ferry! We ended up waiting at the ferry for a couple hours because, of course, one of them broke down and everyone went crazy trying to get on the second ferry.. It's always an experience at the ferry. I did talk to some cool people and practiced my Wolof! 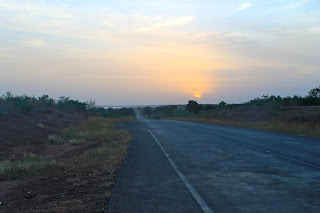 Eventually the road was nice and paved! We thought we'd arrive at Janjanbureh around 6 pm, but before we knew it was sunset on the road... 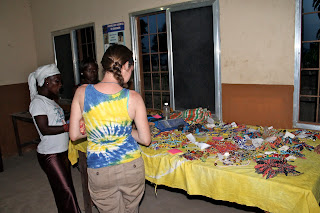 It was dark outside by the time we stopped at Njau which is a village where women use recycled material to make products such as purses, jewelry, keychains etc. The village was so welcoming, they had obviously been waiting for us all day and there was dancing and music and everyone was outside greeting us (so many kids!). The woman to the left in this picture is Fatou and she was a tiny energetic woman who almost all of us bought something from.

We finally got to Janjanbureh around 8:30. We had to take  another small ferry to the island which was closed when we got there.. Luckily Baboucarr is a miracle worker and we got across! A long journey, but also nice and worth it. We stayed at Baobalong camp which was really nice and they had dinner ready for us. Of course it was delicious. We always eat so well on our trips! 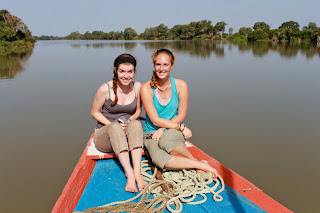 Saturday morning we got up early to go on a boat trip down the River Gambia. It was a gorgeous day on the calm River Gambia. The boat was awesome. We were on it for a good six hours or so.

That afternoon we stopped at Wassu where the famous Stone Circles are. There are many stone circles around The Gambia, but the one at Wassu is one of the most popular because there is a cluster of them. They are believed to be burial mounds of kings and chiefs from the first and second centuries AD. The Stone Circles are mostly a mystery still, though. Read some more information here if you'd like! 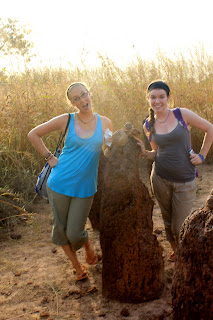 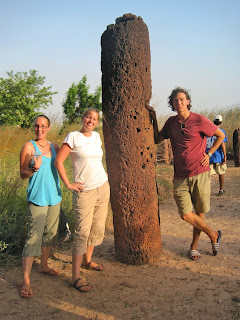 Posing with the stones make it a fun and childish experience as well as an educational one. Fun fact: people place smaller stones on top of the larger stones and make wishes. 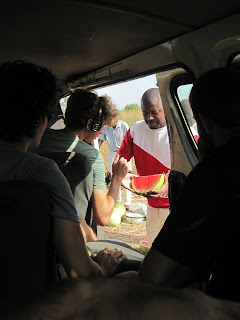 We headed home the next day. On these trips we usually always stop at least twice along the side of the road to get something or other because everything is cheaper up country. Friday on the way to Janjanbureh we gave a few girls a short lift down the road in exchange for some groundnuts they were picking and on Sunday we stopped to get some watermelon. It was absolutely delicious. One of the men selling it wanted to marry Kyle so we said we would give him Kyle in exchange for a bunch of his watermelons. People thought it was a great idea, it was good watermelon. But it didn't end up happening... Oh well at least we got a few slices of heaven!

Thanks Kyle for letting me use some of your pictures!!