My Internship at the Child Protection Alliance 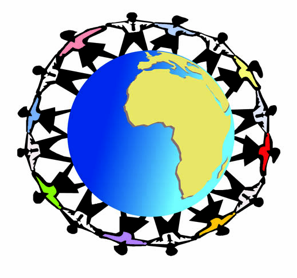 We have the option to do a course called Service Learning/Directed Research in The Gambia and all of us have decided to do it. Basically that means we each have an internship somewhere in the community that deals with our interests then we write a research paper about it that is due at the end of the semester.

It took me a while to decide where I wanted to do my internship. I was going to do it at the National Center for Arts and Culture, but then I decided (as cool as it would be to learn more about the culture here through a professional outlook) I would rather be a part of an NGO. A member of the Child Protection Alliance came to speak with us during orientation and I became very interested in what she discussed.

Child protection rights are socio-culturally and traditionally overlooked in The Gambia. Children are more to be seen and not heard here and therefore do not have much say in their own lives let alone have rights. The CPA has been working hard for 11 years to change this. They hold sensitizaiton workshops for community leaders such as teachers, law enforcers, religious leaders, etc. to teach them about child rights and their role in protecting children across the country.

I started working at the CPA about 6 weeks ago and I have loved every minute of it. Not only do I believe in what they are doing as an alliance of organizations, but everyone who works there is incredibly friendly and helpful and I have already learned so much from them.

In the beginning of my time with the CPA I was working with Voice of the Young. Voice of the Young (or Voice) is a branch-of group of the CPA consisting of children under the age of 18. They get together twice a month to discuss their rights so that they know how to protect themselves and their friends, as well as how to get the word out to others. There is a "core" or leading council which is also comprised of children under the age of 18, but previous Voice members sit in on these meetings to assist. Therefore these previous Voice members are not much older than 18, but have the experience of being in Voice. Voice holds a radio show once a week and sometimes they get media coverage. They are a very strong group of kids and, while I only got to work directly with the "core", I have great respect for all Voice members.

Unfortunately their meetings began to conflict with the field trips we have been taking so I then began to work with an amazing woman named Musu. She holds many different sensitization workshops and I was able to directly assist her in one with religious leaders and their role in promoting children's rights.  Throughout the two day work shop both Muslim and Christian religious leaders were taught about what children's rights exactly are (legally and otherwise) and then they discussed amongst themselves and the CPA trainers what they could do in their community. It was a very successful workshop and I am so happy I was able to attend, as well as help out.

Another event I was able to go to with Musu was National Day of the Girl Child. It was a celebration of the girl child at a community center. Many different organizations and alliances were there to celebrate this day. It was amazing. We literally marched (with a band and everything!) down the main highway here (which is nothing like a main highway at home of course, but people drive much crazier here!, we were safe though we had a nice escort) and then ended at the community center where some students put on a skit about early marriage and there was a large discussion among the leaders of the organizations. The discussion consisted of many different topics on the rights of girl children, specifically their rights when it comes to early marriages. There were so many kids there, boys and girls, it was amazing.  AcionAid is the organization that put together the entire day, but there were many other groups present. There were people from the CPA, Voice of the Young, FAWEGam (Forum for African Women Educationalists, Gambia) where Kyle is working and Soul Talk (an organization dedicated to the rights of girls when it comes to early marriage, pregnancy, abortion etc here's a link to their page, I would definitely like to get involved with them somehow as well). By the end of the day Kyle (who went with me for FAWGAM) and I were exhausted (they had us helping out serving meals) and so happy to have been apart of something so amazing.

I will continue to go to workshops with CPA and hopefully go up country with them to a village in order to sensitized teachers in some schools on child rights. It is still very common to beat children in school here or punish them in other cruel ways. I will keep you updated on how these workshops go!

Also, in case you were wondering about my research paper (I know you were, it's such an interesting topic!) I have decided on a tentative research question:

·      How can socio-cultural beliefs and practices be eradicated as barriers to the realization/attainment children’s rights in The Gambian communities?

In case you want to know more about the CPA:

here's a link to the CPA wepage, it has a lot of information on it regarding why they were started, their goals and what they hope to achieve.

Thanks for reading! (I hope to put pictures up from my internship soon..)
Posted by Becca at 17:15